Flea is a genuine bass legend and one of the most recognisable bass players on the planet. He is best known as the bass player for Red Hot Chili Peppers although he has collaborated on many musical projects as well as appearing in many films including The Big Lebowski and Back To The Future Part II.

Flea's dad was a jazz trumpeter and that was the instrument he started on. There is a certain freedom and soul he plays with that you can trace back to this jazz upbringing. His style is firmly rooted in funk whilst also drawing on rock and punk influences. He uses the pentatonic scale a lot, along with the major and minor scale which feature heavily in Red Hot Chili Peppers songs. He often plays just on top of the beat which propels the music forward and gives it an energetic feel.

Aggressive fingerstyle and energetic, explosive slap dominated the earlier part of Flea's work. He still plays like that but the aggression has mellowed with the band's music over the decades.

A lot of his iconic bass lines were played on a MusicMan bass - often a StingRay 4 or 5. Blood Sugar Sex Magik was recorded using a StingRay 5 and a Wal Mk2. He favoured a 1961 Fender Jazz before moving onto his Modulus Signature basses. Flea has been around a long time and earned A LOT of money so you'll see him with lots of different basses!

With Red Hot Chili Peppers: Aeroplane. From the high notes played on the intro to the funky fingerstyle solo via the groove-laden slap on the verses, this song is a classic bass tune.

Collaboration: You Oughta Know. Flea drives the groove along here with really cool, tasteful fills whilst (just about) remaining in the background!

Top acting performance: Back To the Future Part III. Oscar-worthy. 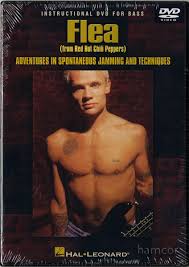 Flea's secret weapon is Chad Smith, the awesome Red Hot Chili Peppers drummer. Those two make a killer rhythm section and this DVD shows them jamming and imparting words of wisdom in between lots of excellent silly behaviour. 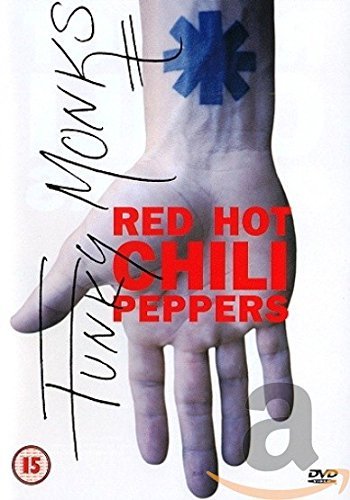 This follows the band around just before the release of Blood Sugar Sex Magik and shows some of the recording processes for that great album.

This 2002 has plenty of hits and features the band somewhere near their peak. Flea's energy, stage presence and performance is really something to behold!

There aren't many more influential players than Flea simply due to the level of fame the Chilis have had. Strip away the clothes (he's done that a few times...), the crazy haircuts, stunts and dancing and you have a really high-quality musician. What's your favourite Flea bass line? Comment below...