The 5th studio album by Red Hot Chili Peppers, Blood Sugar Sex Magik was released in 1991 and produced by Rick Rubin. It's full of funk-rock energy and attitude and catches the band at a real high point.

This is an absolute monster of an album for bass players and every track contains awesome playing by Flea. 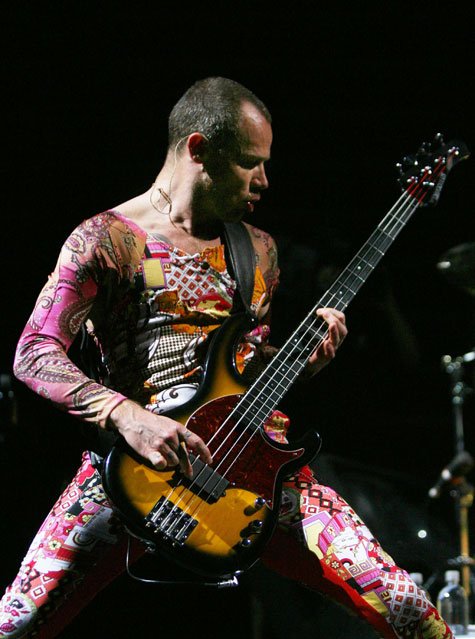 He primarily uses a MusicMan StingRay 5 and a Wal on this album and anyone wanting to check out how the minor pentatonic scale works should study this album - it’s all over it. Head over here to a free video lesson on the minor pentatonic scale. You'll get a PDF with loads of patterns all across the neck, a backing track to practise as well as a clear explanation of the scale and how incredibly useful it is.

Under The Bridge was the worldwide hit from this album but every track is worth listening to for us bass players. Sir Psycho Sexy contains a cool example of a filter pedal with bass and - along with Chad Smith - Flea really anchors the band playing a filthy laid-back riff with loads of cool fills.

What Will You Learn?

Flea’s playing is full of groove and attitude and aggression. The album is a really great example of rock/funk playing as well as the use of effects in that setting. My entire understanding of pentatonic scales came from this album, Ra​​ge Against The Machine and listening to 70s bass lines.

It's an album that holds a very special place in my heart as I listened to and learnt all the tracks on it when I was 12. It was a bit of a breakthrough for me realising that you could make those sounds on a bass guitar! Do you have an album like that? Comment below.