An interval is simply the distance between two musical notes. The key to learning them on the bass guitar is to match a pattern to a sound. This video lesson takes you through the most important shapes and gives you some well-known melodies to anchor to. Don't underestimate how important this is. Once you know this stuff you can:

It sounds like a musical superpower and it is! 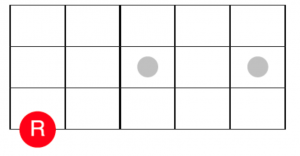 The starting note. This is the lowest note of a scale (think the root of a tree is the lowest part of it) and the point from which all other intervals are measured in this lesson. 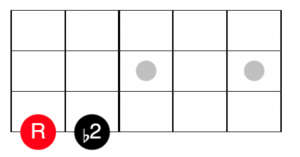 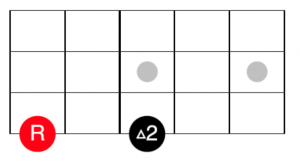 A major interval is 1 fret higher than its minor equivalent and in these diagrams, it is denoted by a triangle. The major second interval is the second note of a major scale. 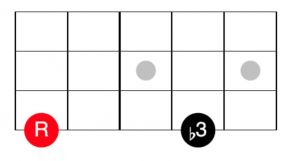 This sounds like the beginning two notes of Smoke On the Water. If you can think of that riff in your head and link the sound to this shape then you will never forget what a Minor Third is. Do this for all intervals! It takes a little repetition but you'll get there. 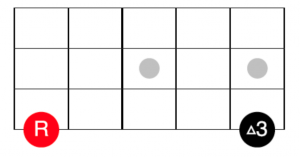 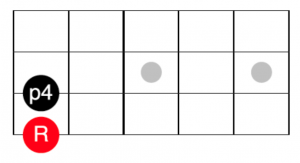 'Perfect' just means it is not a major or minor interval. Musicians will often just say 'fourth' but it's a good idea to get into the habit of naming intervals 'correctly'. Learn a Perfect Fourth by memorising the Addams Family theme tune(The first and the fourth notes of the tune represent an interval of a Perfect Fourth). This melody will actually give you the first four notes of the major scale which is handy for imprinting those first four notes into your memory.

A Perfect Fourth can be sharpened or a Perfect Fifth flattened depending on the context. In the above diagram, I've gone for a Sharpened (or just 'sharp') Fourth. The Simpsons theme tune is a great example of this interval. If you replace the Perfect Fourth in a major scale with a Sharpened Fourth you get a Lydian Mode. This is a good example of how knowing a little bit of musical jargon can unlock new musical ideas that you can use. 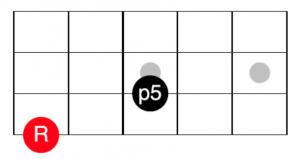 This sounds like the beginning of the Star Wars theme. 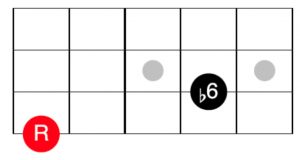 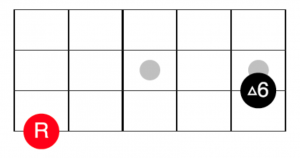 The sixth note of a major scale. This note is used a lot in bass lines - check the video for examples. It's used loads in old school RnB, soul, funk and blues. 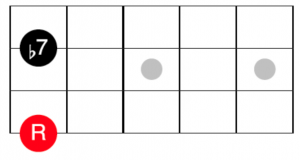 The seventh note of a natural minor scale and another very common bass interval. Intervals are named from the scales they come from so learning scales is essential for interval recognition. I always remembered this one as I was obsessed with Flea growing up and I noticed that Transcending from One Hot Minute used this interval. On this point, if you hear any song, bass line or melody that triggers the sound of an interval for you, use it! 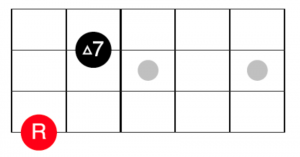 The seventh note of a major scale. It is one fret lower than the octave and a great tune that uses it is There's Nothing Like This by Omar. You can also insert this note into a chord to make a beautiful summery sound.

'Oct' means eight and this note is eight notes away from the root note in a major scale. My Sharona is a good example of this note being used in the real world. Another is the first two notes of the melody in Somewhere Over The Rainbow.

The lessons in this blog post are gold dust! You really must make it a priority to learn all these intervals by ear as well as by eye. Having a strong ear is one of the most important skills any musician can master and it will make music much easier for you.

Let me know how you get on!

Here's the PDF of the lesson: